WINDSOR, ON – Today, Windsor West NDP MP Brian Masse welcomed any federal assistance to local businesses impacted by border blockade but cautioned the lack of commitment, process and time frames to reimburse City taxpayers and businesses on receiving their much-needed support. “I want to thank all the businesses that joined to fight for fairness, they deserve all the credit,” said Masse.  On February 18, 2022, Masse was joined by Lisa Gretzky MPP (Windsor West), pediatrician Dr. Sanaa Abo Aisha, veterinarian Dr. Khahra, Westdell Corporation representative Jim Shaban and Tim Horton’s owner Chris Caruana to call on the federal government to provide financial assistance to the impacted businesses.

As an occupation took over the Parliamentary precinct in Ottawa for weeks, the confusion and a lack of leadership eventually emboldened further demonstrations including an illegal blockade of the Ambassador Bridge. Subsequently, Huron Church Road disruptions required police management which resulted in cement barricades shutting down local businesses and closing off the west end of the city to residents to prevent further blockades for weeks afterwards.

The City of Windsor has yet to be reimbursed for its costs and now requires a long-term plan to prevent future blockades. “I welcome any assistance. We need immediate results as the closures lasted weeks and hurt these local businesses. Residents, and city taxpayers should not be punished for hosting the most important border crossing in the country and the negative impacts of the blockades, alongside the measures taken to prevent future ones, have been significant. The federal government must provide local businesses with the financial assistance at least equivalent to the supports being provided to the City of Ottawa. It’s vital that our city is also reimbursed for the costs they have incurred and a permanent plan to secure the border crossings that can be implemented rapidly and efficiently while minimizing its effects on residents needs to be established,” Masse stated.

The federal government has provided financial assistance for local Ottawa businesses impacted by the occupation of the downtown area. Additionally, the federal government compensates the City of Ottawa for policing costs associated with protests in the nation’s capital.

“The longer we wait for full compensation means local taxpayers foot the costs and business remain anxious instead of us focusing on moving forward.  As the only federal representative of just the City of Windsor, it has been increasingly frustrating that people from outside our community are sticking the bill, along with the economic and social repercussions on an area already bearing the burden of the border that has always done its part for Canada,”  argued Masse.  Masse raised the issue dozens of times in the House of Commons including this past Tuesday (Hansard attached) 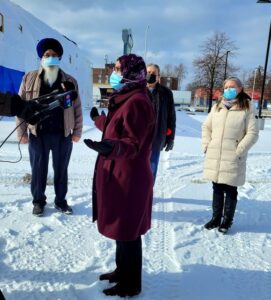 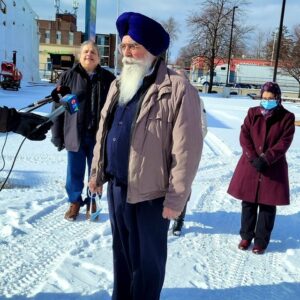 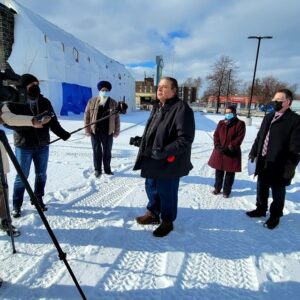 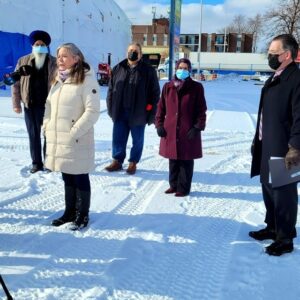 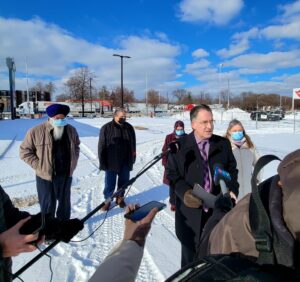 Brian Masse (NDP): — Ottawa was shut down and Windsor suffered an illegal blockade. Windsor’s response became a model on how to deal with the crisis, despite the economic damages reaching into the billions. For months, I’ve joined residents, doctors, retailers, manufacturers and first responders and the city asking for fair compensation for doing the right thing. Covid has burdened border communities, and this government’s lack of border policies creates confusion and disruption. Ottawa and its businesses are being compensated. Will this government treat Windsor equally by covering the costs we incurred doing our part during this convoy crisis for our country?

The Speaker: The honourable minister.

Marco Mendicino (LPC): Let me begin my thanking my honourable colleague for advocacy throughout the blockades. I also want to take a moment thank law enforcement for doing an exceptional job in bringing a peaceful end to the blockade of the ambassador bridge. We will remain in touch to ensure that Windsor recovers actual if you wily from any impacts and I know that this is work that will continue going forward.