Automotive investment necessary to ensure the future of the sector

WINDSOR – At a rally in Windsor, Ontario overlooking the Detroit River and the General Motors World headquarters, Brian Masse, NDP Industry and Auto Critic, demanded the Prime Minister stand up for GM Oshawa workers by meeting with the CEO of GM, Mary Barra, and implement the national auto strategy that was delivered a year ago by the government’s own appointed Chair of the Canadian Automotive Partnership Council (CAPC).

“Almost four years ago on January 20th 2015, Trudeau announced the abandonment of manufacturing in Canada by using the euphemism of ‘transitioning away from manufacturing based employment.’ Well, GM has taken his advice and is closing its Oshawa assembly plant,” Cheryl Hardcastle, NDP MP (Windsor Tecumseh) noted.

The Trudeau Liberal government cancelled the Automotive Investment Fund and has done nothing to carry out any of the recommendations from the report of Auto ‘Czar’ Ray Tanguay since it was delivered to the Industry Minister, ironically in Detroit at last year’s auto show. It sits waiting while Canada sheds more jobs. 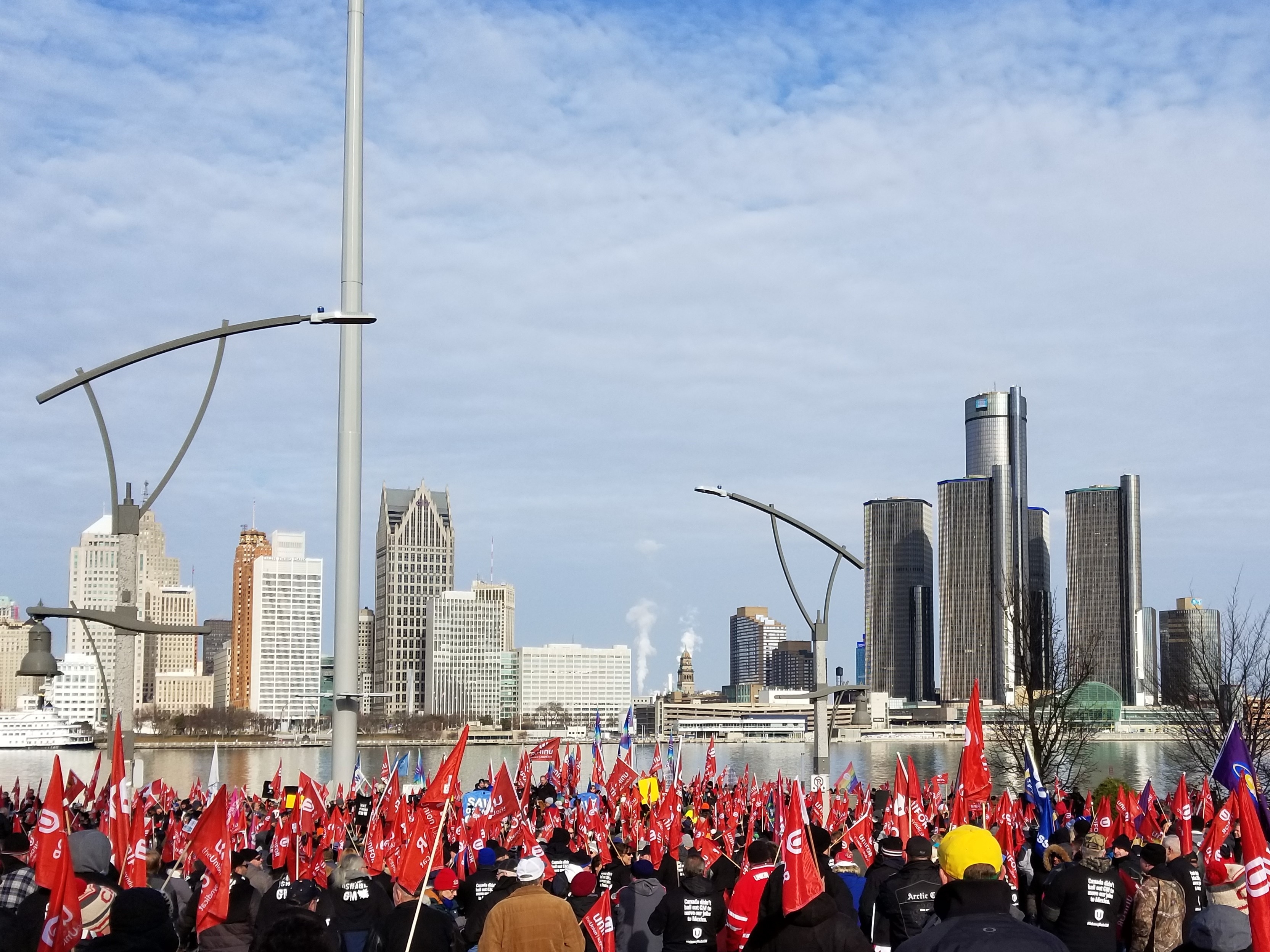 GM claims the need to close the facility is to generate additional resources to invest in innovation but during the first three quarters of 2018 the company generated $ 6 billion in profits and has received multibillion dollar investments from Honda ($3.35 billion US) and the Softbank Vision Fund ($2.25 billion US) for its autonomous vehicle unit. Analysts have speculated that since the division, which is a considered a leader in the field, has separate reporting it could be spun off at a valuation of $30 billion US. The automaker is producing the self-driving cars at its Orion Assembly plant in suburban Detroit. It is the only mass-production facility to manufacture such vehicles. The testing of the cars takes place in San Francisco, Arizona and Michigan.

“GM is investing in the future, just not in Canada. The Prime Minister and the Industry Minister love to talk about innovation and a high tech economy but they have done nothing to implement the national auto strategy that would ensure that Canadians actually get jobs. This is what abandoning manufacturing has led to. Prime Minister Trudeau campaigned on transitioning away from manufacturing and apparently he is getting his wish as workers go on unemployment insurance,” Masse stated.