WINDSOR, ON– Windsor West MP Brian Masse and NDP Critic for Treasury Board, Matthew Green MP (Hamilton Centre), wrote the Treasury Board President and Minister of Public Safety calling on action from the Liberal Government immediately for CBSA officers who have been without a contract for three years.  Border Services Officers are in a position to strike if no action is taken by the Government on August 6, 2021.

The letter is below. 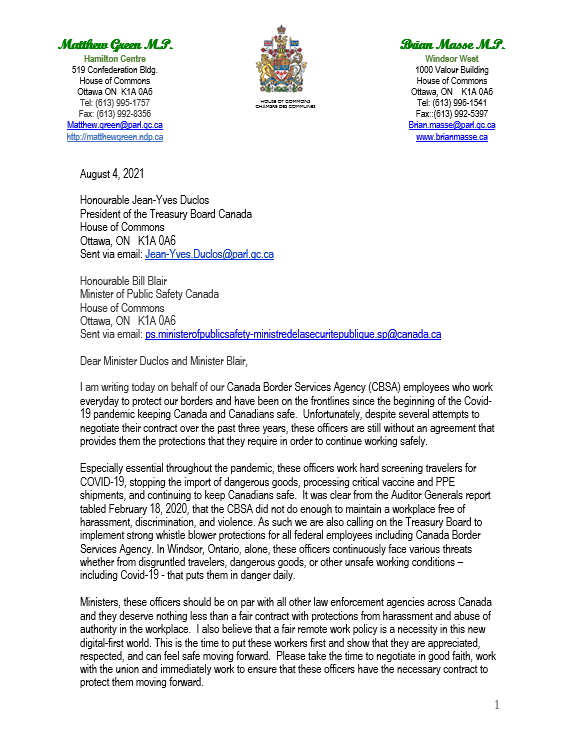 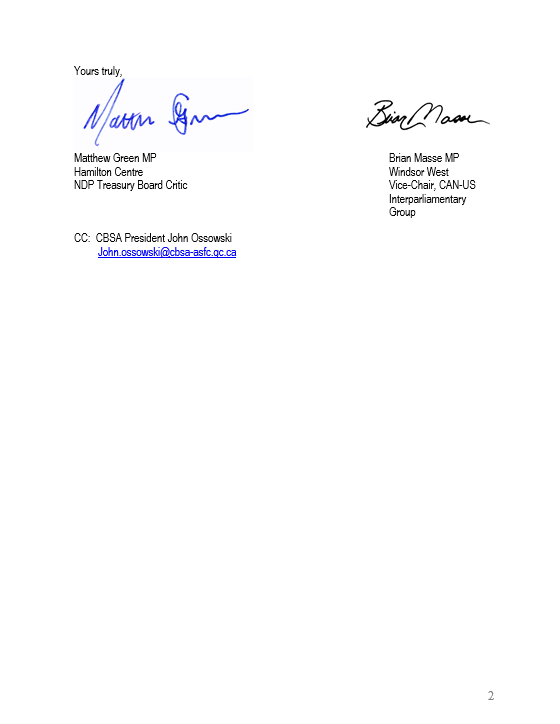