“This was important for me to get out to see the site and hear the concerns of the residents.  These residents are in a difficult situation and do not want nuclear waste stored under their land, or beside the Great Lakes,” stated Masse.  “I fought with the residents in Kincardine and Saugeen against last proposed DGR by Ontario Power Generation (OPG) to stop their plan to store used low- medium radioactive nuclear waste right next to the Great Lakes and I will continue fighting against reckless plans that do not factor in the drinking water of over 40 million Canadians and Americans, and the entire health of the Great Lakes,” he said.

Just weeks ago, Michigan Governor Gretchen Whitmer voiced her displeasure at Canada for the same proposed plan by NWMO in South Bruce.  A release from her office states, “I will not remain silent when the fate of the Great Lakes and Michigan hangs in the balance. I had expected Canada, a nation that prides itself on its commitment to environmental protection, would share my interest in protecting the Great Lakes.”  She further stated, “At the same time, Canada is proposing to store nuclear waste in the Great Lakes basin, adding even more risk to our waters.”

An historical precedent has been set by the United States.  In 1986, the US Department of Energy investigated a similar nuclear waste repository site in the Great Lakes basin.  In response, then Secretary of State for External Affairs, the Right Honourable Joe Clark released an official statement: “I and several of my Cabinet colleagues have made it clear to our US counterparts that this Government opposes any development that could present a transboundary threat to the welfare of Canadians or the integrity of the Canadian environment.”  As a result of Clark’s intervention, the US sites in shared water basins were eliminated from consideration.  It is now time for the Government of Canada to honour this commitment to keep waste away from the Great Lakes basin.

Masse reintroduced a motion on the House of Commons Order Paper this week for debate when Parliament resumes.  See below.

“That, in the opinion of the House, the government should defer further review and any approval of the Deep Geologic Repository Project environmental assessment for low- and intermediate-level radioactive waste at any site until such time as: (a) an independent technical body is established and has completed (i) an evaluation of the state of technical and scientific knowledge with respect to deep geological repositories for nuclear waste, (ii) an assessment as to whether Canada’s regulatory regime is sufficiently robust to adequately support an environmental assessment and licensing review of proposals for deep geologic repositories; (b) there is a full evaluation of alternatives to the proposed deep geologic repository, including alternative sites, alternative designs and alternative methods; and (c) residents, stakeholders and rights holders in the Great Lakes Basin, including in potential host communities, neighbouring communities, transportation corridor communities, and the broader Great Lakes community, are engaged in a direct and active dialogue facilitated by a trusted third party.” 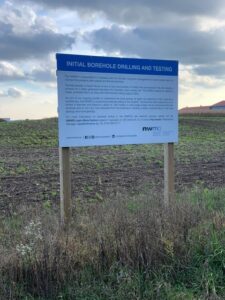 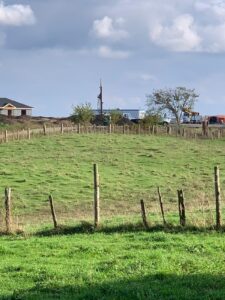 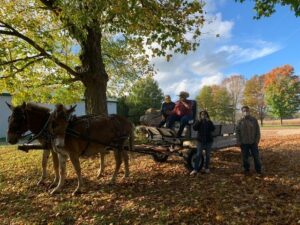 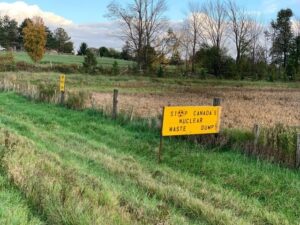