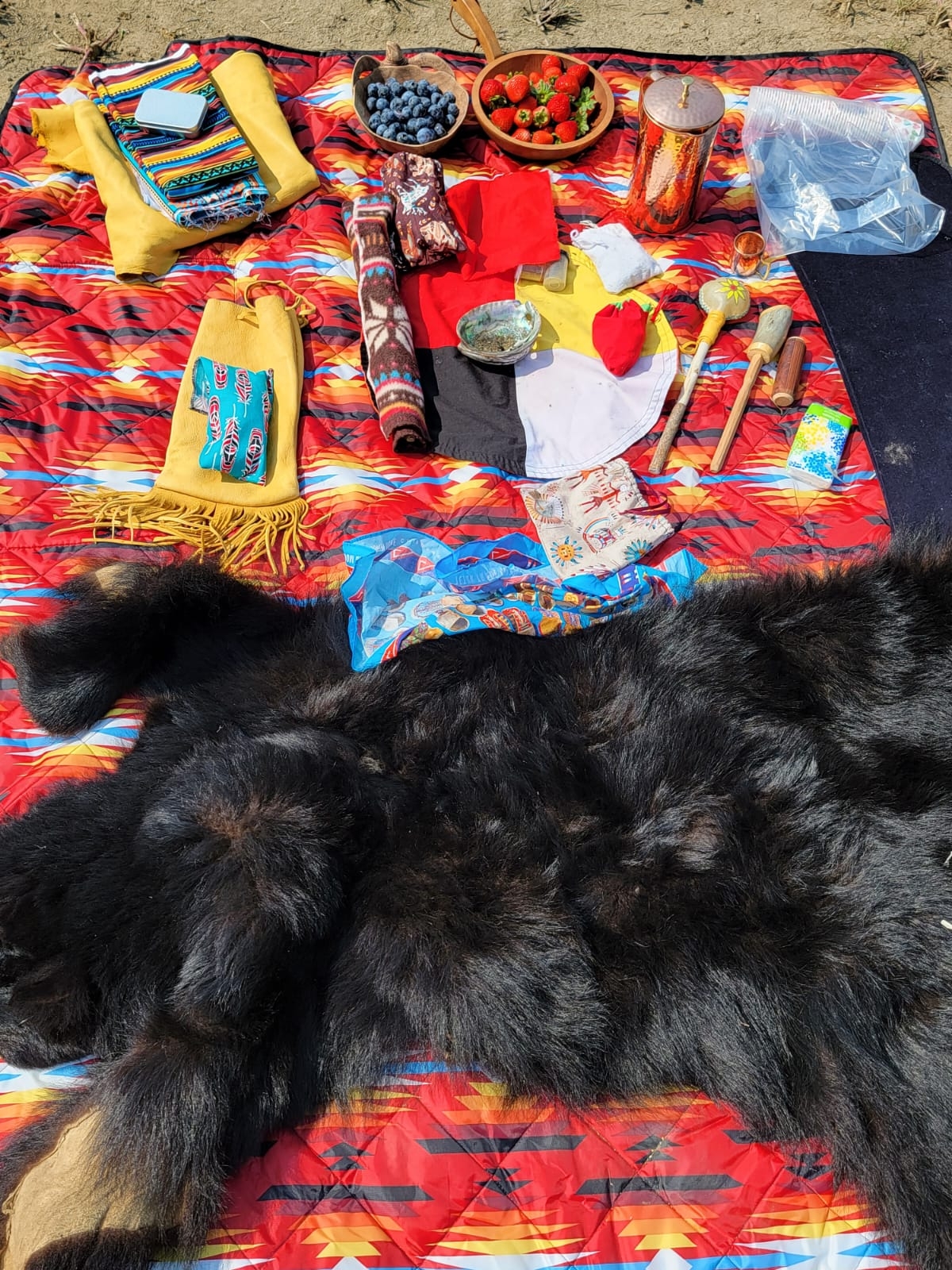 “On Wednesday September 14, Caldwell First Nation held the Land Ceremony on the property where their First Nations will be built, established near Leamington. This is an historic milestone almost 230 years in the making, involving the long and difficult struggle of many generations of this indigenous community. It was an honour for my Legislative advisor, Mohummed Peer, who has worked closely with Chief Duckworth and Caldwell First Nation for years on many issues, to be invited to participate.

Caldwell First Nation, sometimes also called “the Chippewas of Point Pelee and Pelee Island,” lived as a distinct First Nation in the Point Pelee area from before 1763. Their traditional territory encompassed a broad area
corresponding to what is now southern Ontario, extending along the Detroit River and Lake Erie from Windsor to Long Point Ontario and the Lake Erie Islands. The heart of their ancestral territory includes the Essex and Kent County areas, in particular, the Point Pelee Peninsula and Pelee Island.

In May 1790, the Ottawa, Chippewa, Pottawatomi, and Huron surrendered a large tract of land in southwestern Ontario, including Point Pelee. But Caldwell First Nation did not sign or benefit from the treaty.
Caldwell First Nation served as allies of the British during the War of 1812. In consideration of this service, they were promised land at Point Pelee. The First Nation continued to occupy Point Pelee, with the support of the
Canadian government, up until the late 1850s. In the 1920s, many of the band members were forced out of Point Pelee when the Royal Canadian Mounted Police, along with local law enforcement agencies, burned their homes in the area in an effort to force them from their traditional lands.

In August 2010 Caldwell First Nation ratified a land claim settlement with the federal government, providing $105 million to set up a new reserve and to compensate band members whose forebearers loss their traditional lands going back more than 220 years. 10 years after the settlement the reservation has finally been established with the Land Ceremony. Construction of the first phase of housing, infrastructure, a gas station, and a community centre begins next week.

For people in the region this is a proud moment of achievement in the long journey of truth, reconciliation, and justice. A strong, prosperous, and vital indigenous community benefits everyone and the entire country,” Masse
stated. 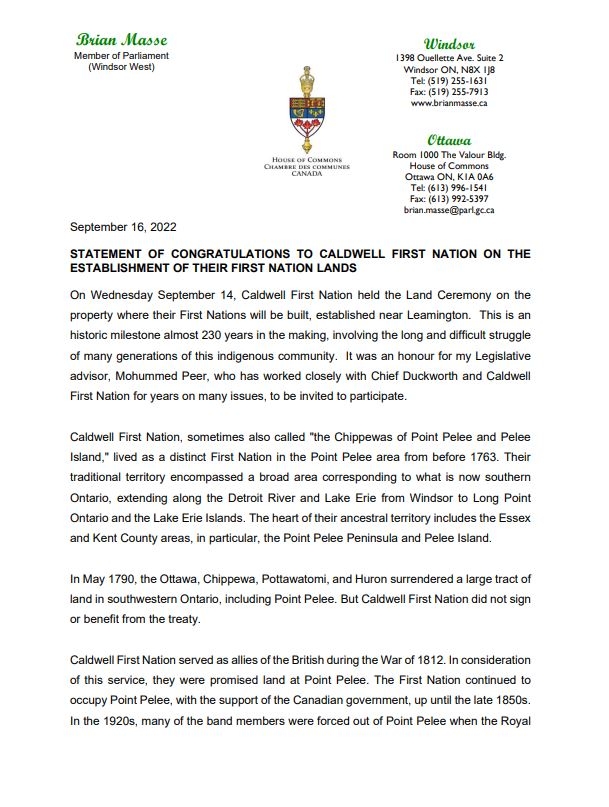 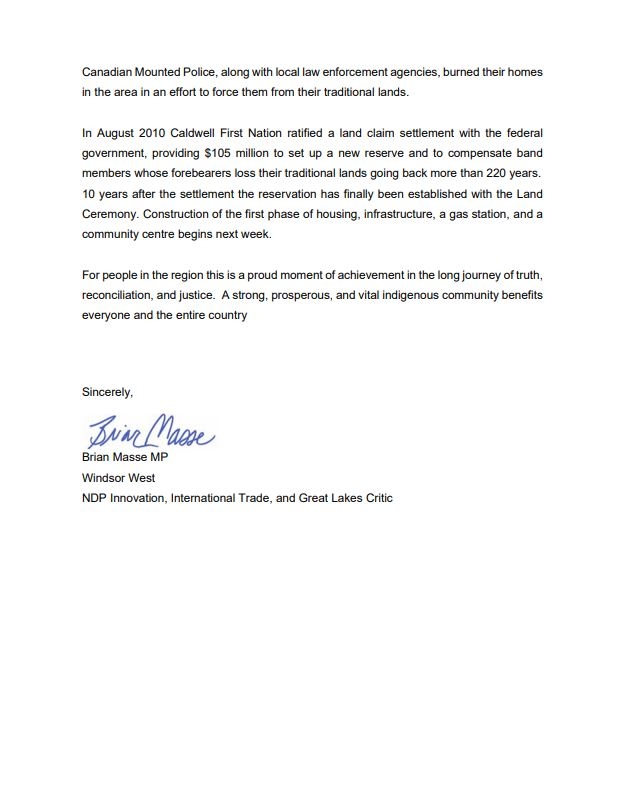 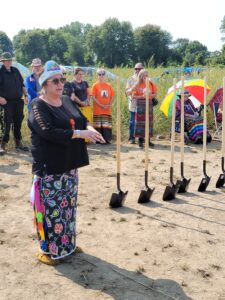 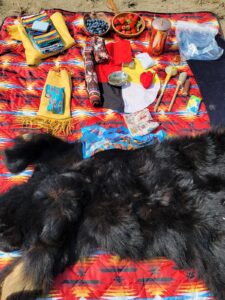 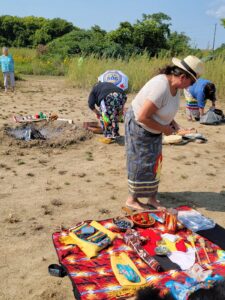 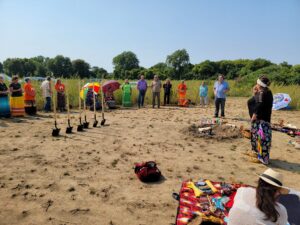 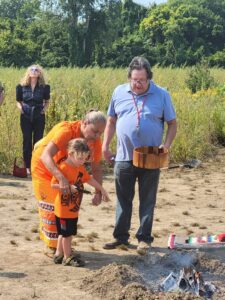 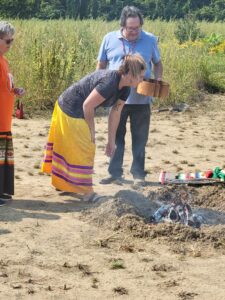 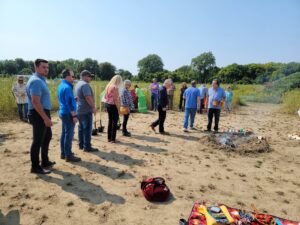 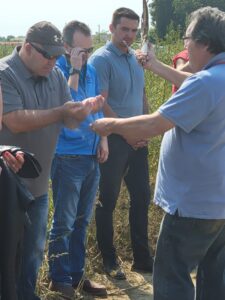 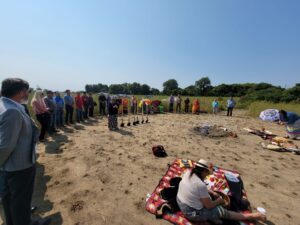 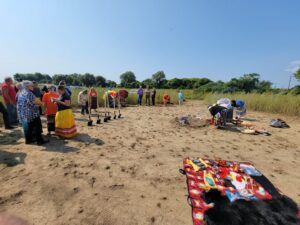