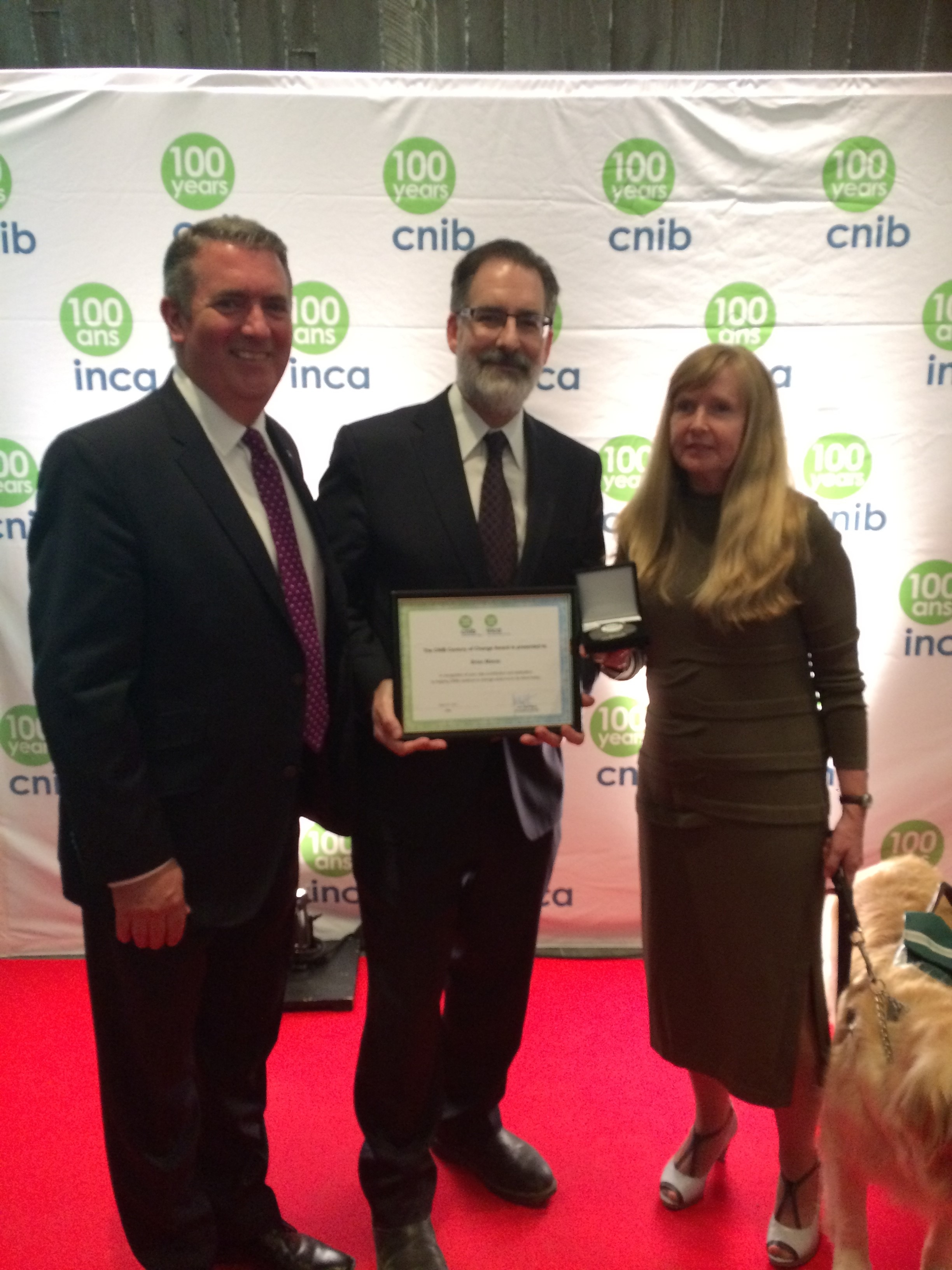 Windsor West MP Brian Masse was awarded a CNIB Century of Change Award last night at a ceremony recognizing his work helping Canada ratify the Marrakesh Treaty, Bill C-11 which amended the Copyright Act to allow for alternate format print materials to be shared with other signatory countries, and for his work over the years with the CNIB as a former Board Member and advocate for Canadians with sight loss.

The award was established by CNIB in honour of our centennial year, the CNIB Century of Change Award commemorates “…remarkable people and their contributions to our organization and community.” (From CNIB).   The CNIB Century of Change Awards Program exhibit features a large braille book embossed with the names of our medal winners from coast to coast, and samples of the special tactile medals all winners receive.

Masse continues to advocate and help make a difference in the lives of people with sight loss.  Most recently, the Government of Canada failed to renew funding to the Office of Disability Issues (ODI) which is Canada’s largest producer of accessible reading materials including braille, audio and DAISY formats for Canadians who cannot read in traditional formats. The Trudeau Government did not include the funding in Budget 2018, leaving the ODI slated to close its doors this April 2018.

In a letter 28 February 2018 to Minister of Persons with Disability, Kirsty Duncan MP, Masse stated: “Removing the right to read for print-disabled Canadians is both harmful and distressing.  I am requesting that you take the time to review and reconsider this funding before it is too late.  With only two months remaining before this slated closure, the CNIB and print-disabled Canadians deserve to present their case as to the importance of this vital institution in Canada.”

Masse also reiterated in the letter that the Liberals were only able to sign the Marrakesh Treaty only with the help of all political parties fast-tracking the legislation and that now they are making this current funding request to ODI partisan.

Since this letter, and following much pressure, Minister Duncan committed funding in a press conference but to date, has not given further details.