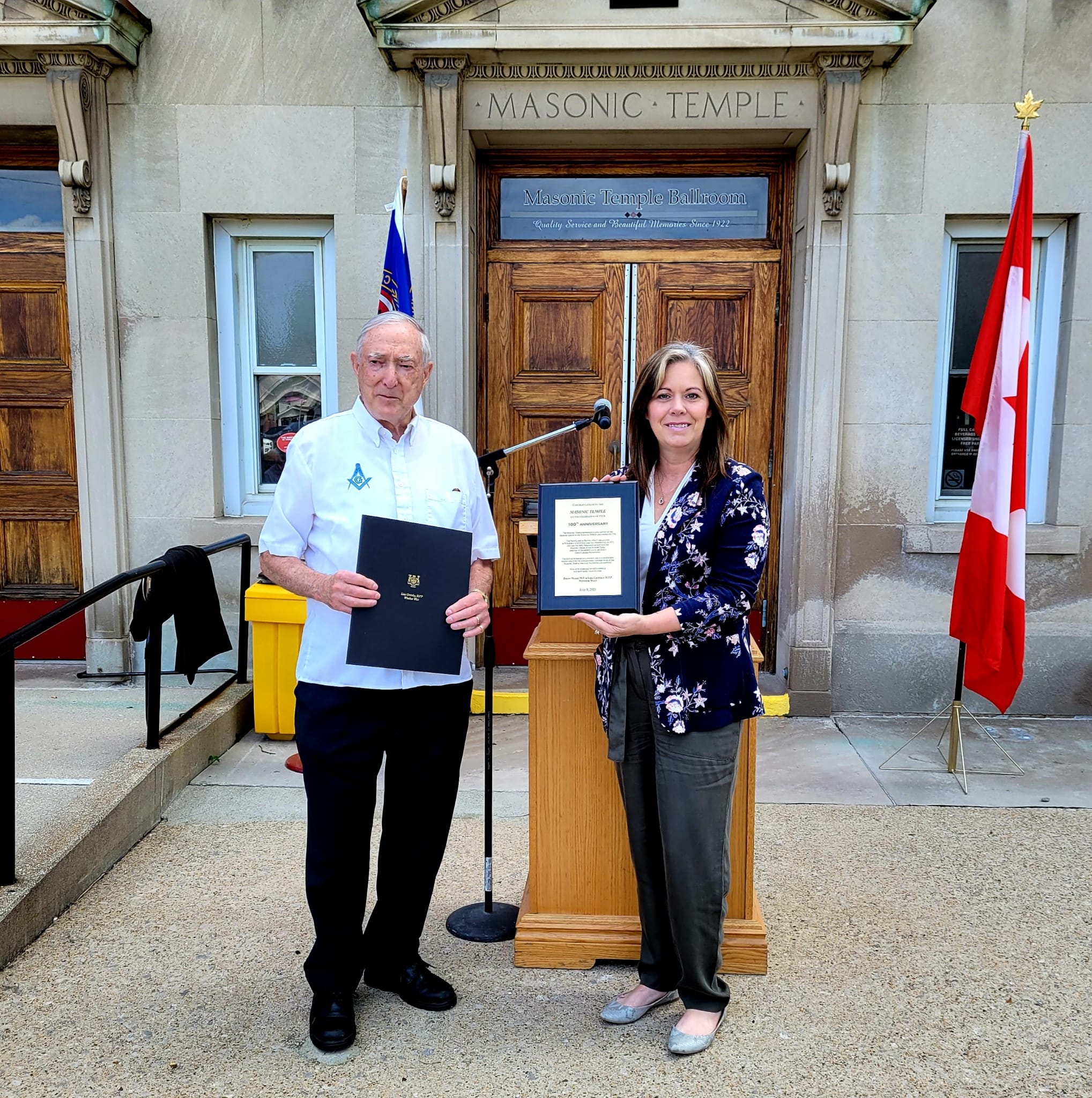 The Masonic Temple represents a long history of the Masonic Order in the Windsor-Detroit area dating back to 1794 and exemplifies the continuing role of societies in the cultural and social life of Windsor. The Temple building is a large, three-storey, red brick Neo-Classical Revival style building with limestone trim. Located on Ouellette Avenue in the city core, it has been recognized for its heritage value by the City of Windsor in 1994. The Masonic Temple was designed by James Carlisle Pennington, a highly regarded local architect. Constructed in 1921-22, it was the first permanent facility for the Masonic Order of the Border Cities. It still functions as a meeting place for Freemasons, as well as hosting banquets, weddings, and concerts.

Pat Chartier-Temple Board President said, “Every Mason should feel he is a better Mason because of what he has done towards maintaining this Temple for 100 years!”

“A one-hundred-year-old building still operating as it was originally intended, let alone an architecturally distinct and impressively constructed one, is a unique situation in this city. It should be cherished and celebrated. I wish to congratulate Windsor Masonic Order on this rare achievement and hope this continues on for the next century,” stated Gretzky.

“Many residents of the city have attended events and gatherings at this institution over the past century. Young people going to dances, having their weddings there, numerous fundraising dinners and many other functions. It is part of the collective memory of our city. The Masonic Order should proud that they have been able to maintain it for the purposes it was conceived for. A real milestone has been reached today, and it is due to all the hard work and perseverance of its many members over the decades,” stated Masse. The Masonic Temple recently was approved for funding of approx. $60,000 through Employment and Social Development Canada (ESDC) for upgrades of the building.

The Neo-Classical Revival style building was designed by Pennington and built by Muxlow and Gale Construction Company. It displays characteristic symmetry and classical elements representing antiquity and permanence. The main façade has eight fluted stone pilasters with capitals. Topped with decorative stone roundels, the columns rise two storeys above the ground floor. The three wooden front doors are adorned with triangular stone pediments.

Should you wish to book the Windsor Masonic Temple Ballroom for any special events: 519 253-3615