WINDSOR, ON – Windsor West MP and NDP Industry and International Trade Critic, Brian Masse, alongside Dave Cassidy, President of Unifor Local 444, called on the Trudeau Liberals to be proactive and increase the federal zero-emission vehicle incentive in Canada to match the proposed incentive in the US.

In response to United States President Joe Biden’s Build Back Better Bill, which is at the United States Senate for approval, Masse and Unifor are calling for Canada to harmonize the proposed changes here in Canada making the Canadian zero-emissions vehicle incentive for all Canadian built vehicles.  The proposal sees the current US electric vehicle (EV) incentive at $7500 USD, increase by $4500 for American’s purchasing American, union-made vehicles, and another $500 for American made batteries bringing the total US incentive to $12,500 USD.

In Canada, the zero-emissions vehicle incentive for all vehicles can be up to $5000 CAD and the only Canadian-made vehicle is the Chrysler Pacifica.

“Canada has spent years on the defensive, reacting to automotive announcements like plant closures and job losses, after the decisions were already made. And here we go again with our government reacting to news that the US incentive will effectively penalize our local workers, and Canadian products, and the Trudeau Liberals are waiting to litigate for violations in trade agreements,” said Masse.

“We need action and a national automotive policy now. Our industry and our workers cannot keep taking these hits and expect to survive them.  Leadership means taking bold action and harmonizing this incentive for Canadian-made vehicles proactively helps better protect us against this American policy,” he stated.

Masse also wrote to the Prime Minister, Minister of Industry and Minister of International Trade requesting immediate action on this proposed change, the need for a National Automotive Policy to position Canada as a leader while the global industry looks for places to build new electric vehicles and battery plants. Canada has committed to transitioning to 100% electric vehicles by 2035.

In 2019, Masse and Cassidy held a press conference in this same location when the Chrysler Pacifica was not included in the original Trudeau Liberals zero-emissions incentives.  At that time, they fought for the inclusion of the Pacifica as the only Canadian-made and were successful. 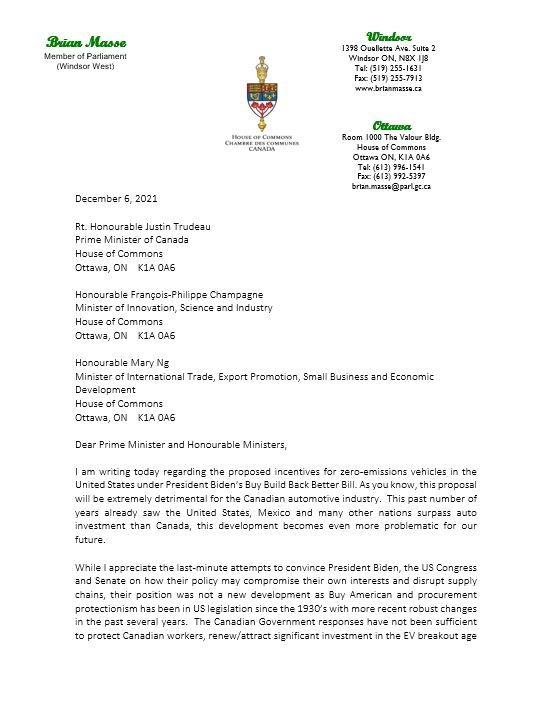 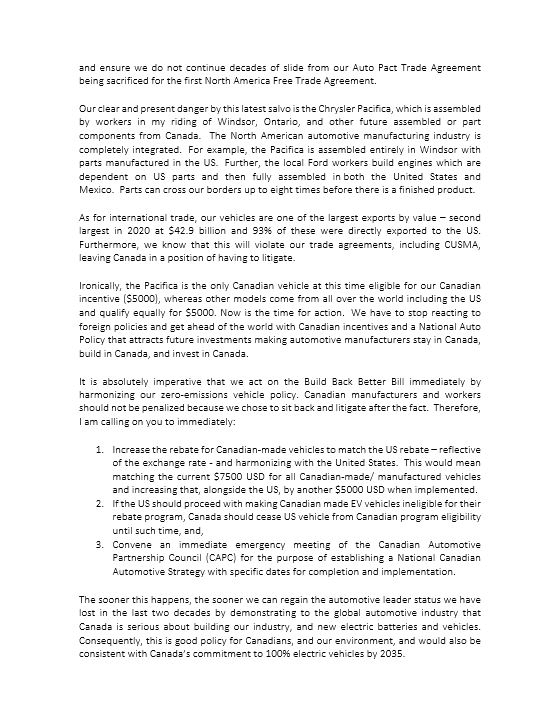 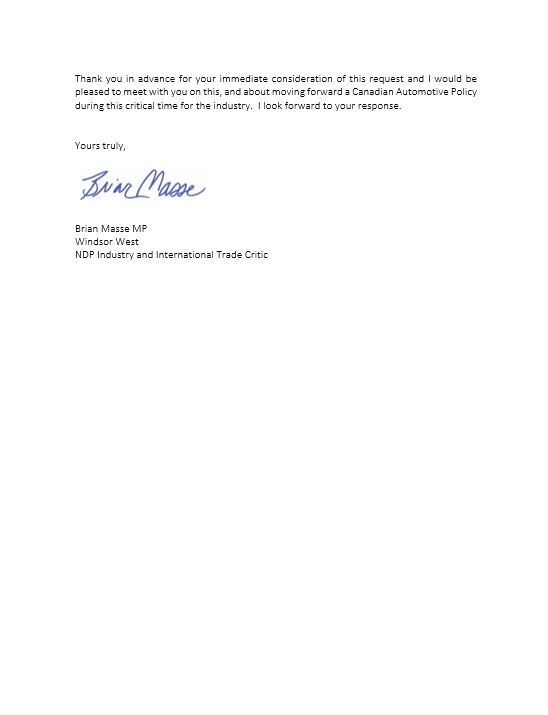